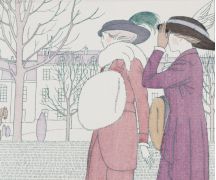 Initiated from the beginning to the etching technique, Bernard Boutet de Monvel is also known in the early years of the twentieth century for his mastery of oil painting. 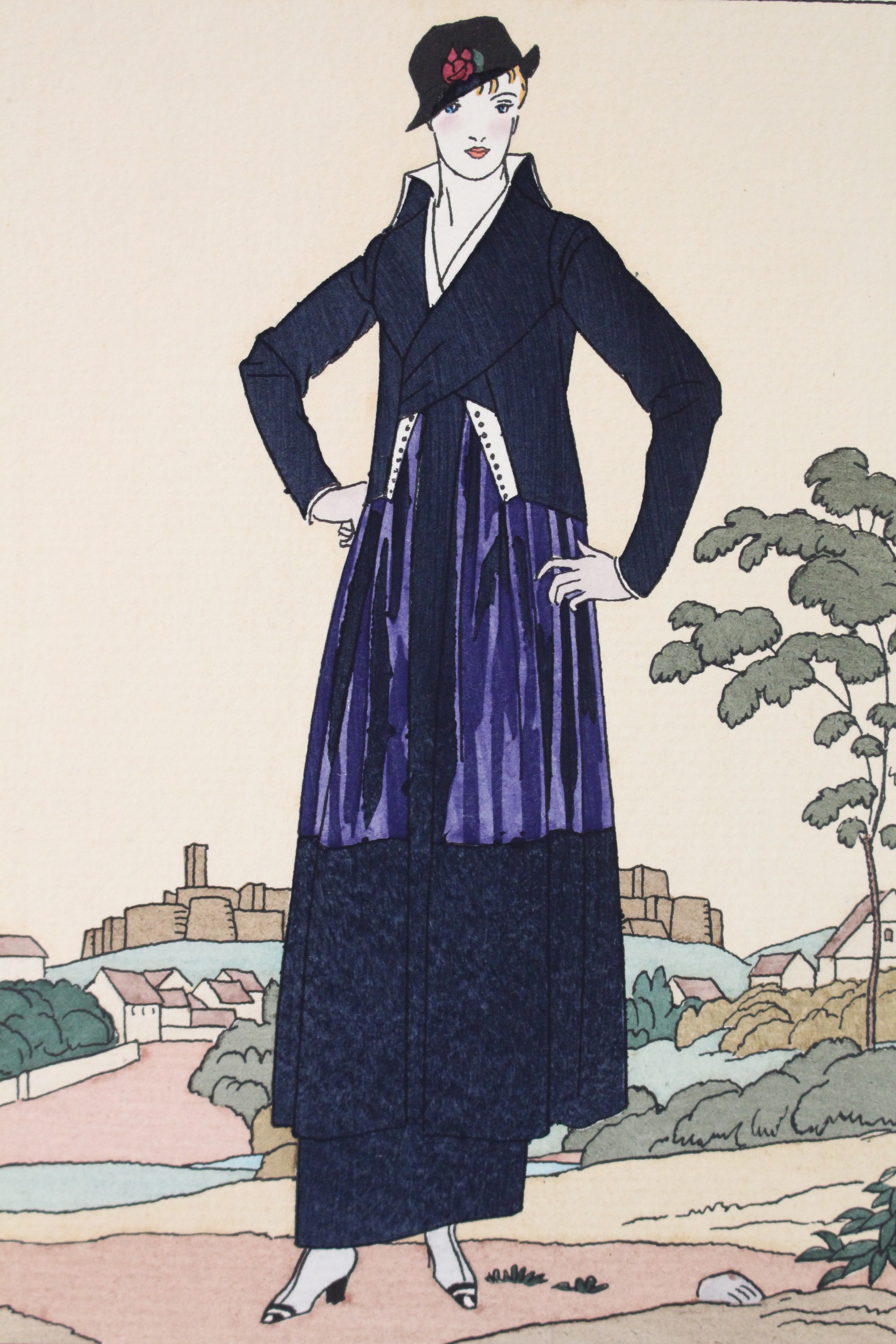 Along with his success as etcher, of Monvel also carries fashion designs that are found in the pages of Femina and the Garden of the new fashions; its many activities the note by the couturier Paul Poiret who collaborates with him from 1908 until his friendship with Lucien Vogel opened the doors of the Daily Bon Ton in 1912.

It thus works alongside his cousin, Pierre Brissaud but also other big names in the magazine as Raoul Dufy and Leon Bakst. Boutet de Monvel develops a style and unlike other illustrators Gazette, appears relatively independent in his activities, for example by offering painted views of Rabat, Marrakech or Fez then there is stationed during World War World. These works, mostly urban landscapes contrast with vignettes written for the Gazette, in which women but also men - Costumes for hunting shooting - stand out from the decor in fine silhouettes, almost evanescent, where a waiting little concerned outweighs the most sensual of Brissaud postures, for example. 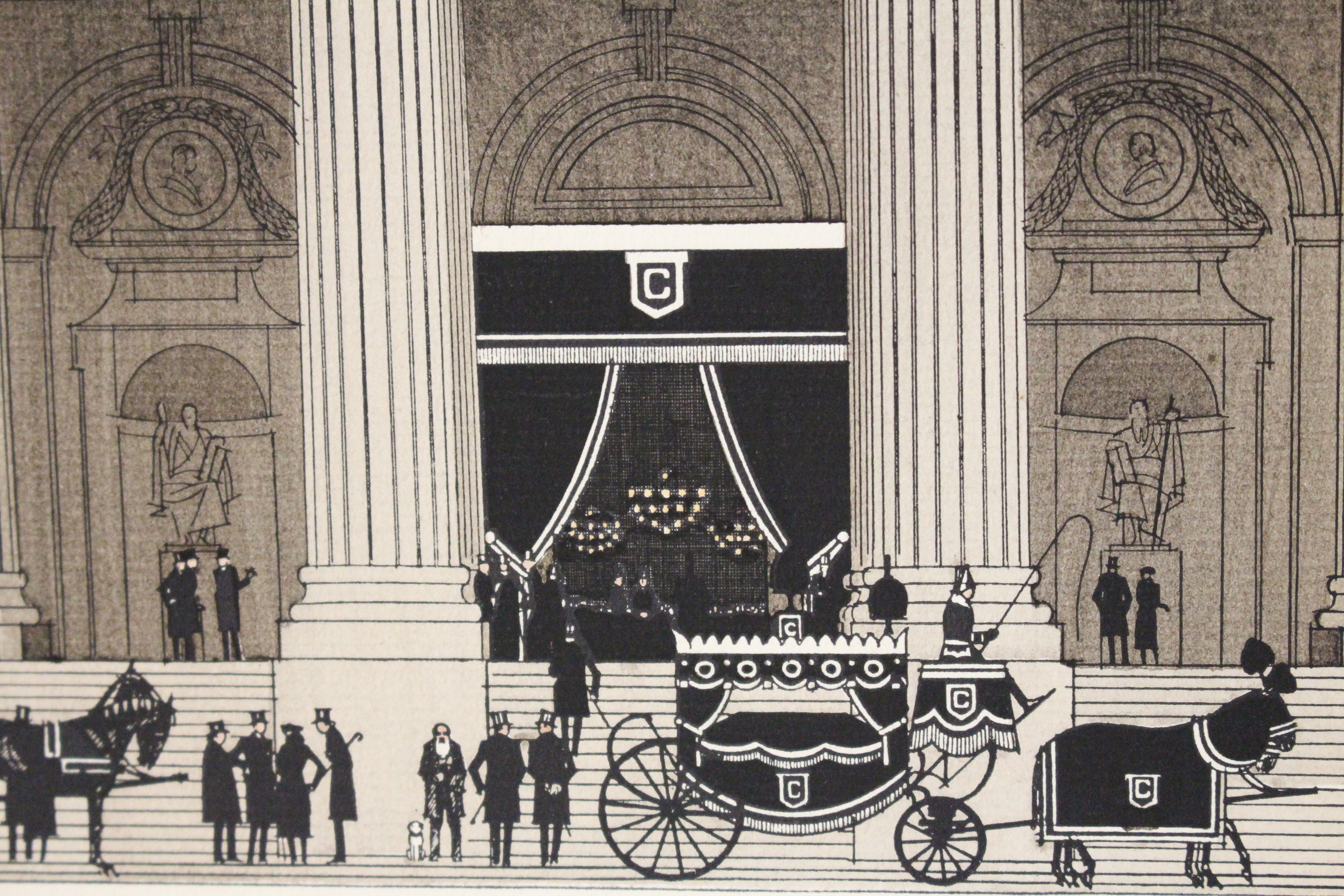 After the war, he returned to France and resumed his activities with the Gazette but also for Vogue before signing an exclusive contract with for Harper's Bazaar from 1926 to 1933. Finally, he left the fashion illustrations of the early 1930 to embark on a career as a portraitist in the United States.
Leave a comment