Mysticism, art & love
or the romantic soul of Franz Liszt 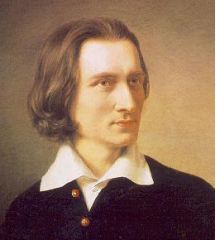 In 1877, Liszt and summarize his life: "After I painfully deprived for thirty years, from 1830 to 1860, the sacrament of penance, it is with full conviction that resorting to it again I could tell my confessor [...] "my life has been one long distraction from the feeling of love." I add singularly led by music - the divine and satanic art at a time - more than any other it leads us into temptation. "

We find this mixture of faith, passion for music and feeling, essential components of the romantic soul of Liszt, played in the copy of the poem of St. Francis of Antoine de Segur Liszt sent the Countess Fleury aka Adele of Prunarède:

This pious dedication written on the work of a third party, under his apparent humility all Franciscan testifies actually a deep complicity with this woman whose sensuality away from the religion and he found thirty-five more later in this common faith.

Founding figure of osmosis between man and nature, St. Francis of Assisi seduced early Romantics in search of medieval icon. Chateaubriand devotes beautiful pages of the second volume desMémoires beyond the grave, Hugo, Lamartine, Vigny are inspired Liszt and who joined the Franciscan order in 1865 composed several works dedicated to him whose Cantico di Francesco del sol Assisi and St. Francis preaching to the birds, both contemporary of the work of Anatole de Segur Liszt offers to the Countess of Fleury.

The Poem of St. Francis is also one of the first books on the "Poverello" who knew several repudiation of centuries before the Renaissance romance. Liszt, very attentive to education and artistic representations of St. Francis, will retain his library several important books on the Franciscans, a copy of the life of Saint autographed by Segur to "Abbe Liszt" in "tribute grateful admiration "(the work was referenced in Liszt's library after his death).
Combining spirituality and poetry, hagiography this verse could seduce the composer poetic and religious Harmonies just ordained cleric of Friars Minor.
Yet this ex-dono stakes of a "poor Franciscan" to a countess herself devout seclusion revives an older and sulphurous fire consumed the youth of the author of Reminiscences of Robert the Devil and desMéphisto-waltzes.

The "Comtesse de Fleury" is actually "Duchess" of Fleury but Liszt especially enjoyed the title of Countess since, when the meeting in January 1831 in a Parisian Salon, Adele Josephine Quarré Chelers then the Countess Adèle La Prunarède.

After a major mystical crisis, Liszt, aged nineteen years, so knows his first love. If "we know little about [t] he various love affairs [...] a name clearly stand this series of love affairs: that of the Countess Adèle of Prunarède" (cf. Serge Gut, inCorrespondance Franz Liszt and Marie Agoult).
This "heady person" fifteen years his senior and was the first real connection of the young composer. "Just six months after leaving his contemplative lethargy, Liszt plunged in the delights and torments of sensual passion and feverish" (op. Cit.) That will be interrupted in 1832 by the encounter with Mary of Agoult.
Although Liszt had spent several months with Adele in the castle of Marlioz Haute-Savoie, this relationship is not well known biographers and historians.
Yet the importance of this lover is evidenced by the strong jealousy it will inspire Mary Agoult throughout his relationship with Liszt, as evidenced by his correspondence and his diary.

From the early years, the letters of Liszt and Marie d'Agoult are crossed by this menacing ghost.
Fears of Marie d'Agoult, who suffers from the past gallant Liszt are doing particularly on Adèle (the only one being mentioned by only his first name). Despite the care of Mary for not to show her feelings, the Liszt answers are explicit: "Miss Boscary wife Miramon, I'm happy. Adèle in Geneva is crushed with grief. That too is good. ".
The answer of Marie d'Agoult is completely mutilated passage about Adele: "Tell me about Adele. What can be so still make him suffer. You know that I love "(Following is cut as often for too delicate passages).
In the letters the couple between 1833 and 1834 references to that Adele are also frequent enigmatic: "It is in your power to do me a great service; my poor and miserable destiny is in your hands [...] it is not you or me it is but Adele "(Liszt Mary, August 1833).
In May 1834, responding to a specific request: "Tell me what you wrote to Adele," Liszt to Marie d'Agoult confirms his fears about his affection Adele:

"I thought better not meet him now. [...] The need to see, to talk about the depths of the soul torments me sometimes ... but rarely. ".
Soon after, a new Mary jealous rage forced Liszt to come back again on his painful breakup with Adele:
"Fight time, anguish and torment of solitary - when I was breaking, destroyed it, violently anéantissais love Adele. That's when I wrote: I am and I would not being - I must suffer, suffer alone ... "
From letter to letter, he tells Mary his guilty regrets: "I have been a coward, miserable coward [Liszt emphasizes two words] to Adele." Then he becomes cruel, "What have I to say ... and what I would tell him, did she understand? "Sometimes sarcastic," Wolf told me a little scandalous story of Mr. Ginestous and Adele. There for unwinding humbly endured whip by Adele [...] This amused me. ". Some letters even seem cynical, like here in about another conquest spurned: "I heard shouting me the bottom of his heart:" Love me, save me, "as Adele once. ".
Adele seems to disappear a time of Liszt's life and Agoult but in 1837 when their settlement in Italy, its presence in the country concerned immediately Mary (she had last year already noted in his diary the "Pilgrimage of Adele Rome "):
"Ms. Pictet would she in which city of Italy is time it is [...] of Mrs. Prunarède? "(Letter to A. Pictet, October 1837)
Since then and until their breakup in 1839, the proximity of this rival will be a constant threat to the couple:
"Madame de la Prunarède here with Cadore. She is separated from her husband and is shared between lovers and confessors. "(Letter to Louis Ronchaux, Rome March 18, 1839) 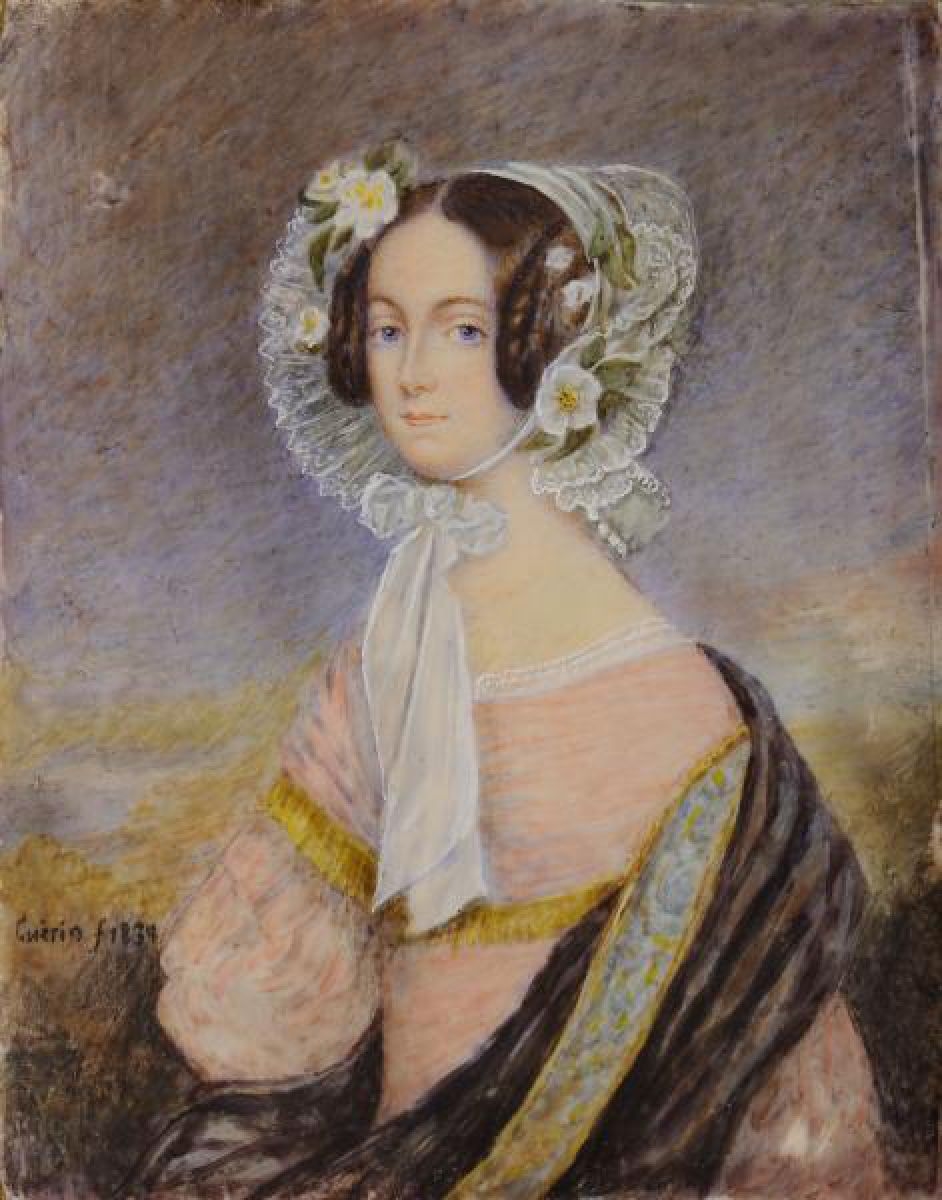 During their joint visit to Italy, Marie Adèle avoids cross, but his correspondence reveals that Liszt, in his chagrin, the more assiduously frequented. So this bitter letter to Adele in July 1839
"As you said yesterday Franz, you are highly regarded in the world. The same world that looks, do not consider myself at all, and what is more appalling is that I do not care me in any way. [...] This account you gained is the result of caution that you should not compromise on the striking impact of my unusual sincerity. the truth! we also say that you convert sinners, you walk victoriously in the ways of salvation, carrying with you the subjugated souls. Maybe I would suffer, like others, the irresistible eloquence of your beautiful blue eyes, I'm afraid not yet. "

Soon after, the newspaper clearly reveals the fear that this first love of Liszt still provokes Marie:
"Adele has [...]. I receive in my room. My heart was horribly. I'm back at her. She is horribly changed. Its size is distorted, his squinting eyes, swollen features, his sallow complexion. It's too fake. [...] Franz thinks big. "(Journal, July 1839 inMarie D'Agoult, General Correspondence Volume II)

But even more than the beauty of Adele, what frightens Mary is its mysticism. Indeed, the former mistress of Liszt follows the same course as his lover of youth, and having known him as "a rather tumultuous love life, she spent her last years in a deep piety. "(Op. Cit. P. 562)