Marc CHAGALL [Moïse brise les Tables de la Loi] Moses wrath waxed hote, and he cast the Tables out of his hands, and brake them in pieces beneath the mountaine - The Story of Exodus 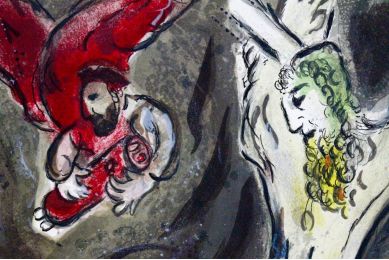 [Moïse brise les Tables de la Loi] Moses wrath waxed hote, and he cast the Tables out of his hands, and brake them in pieces beneath the mountaine - The Story of Exodus