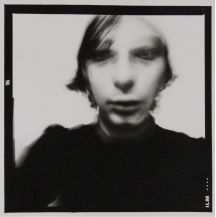 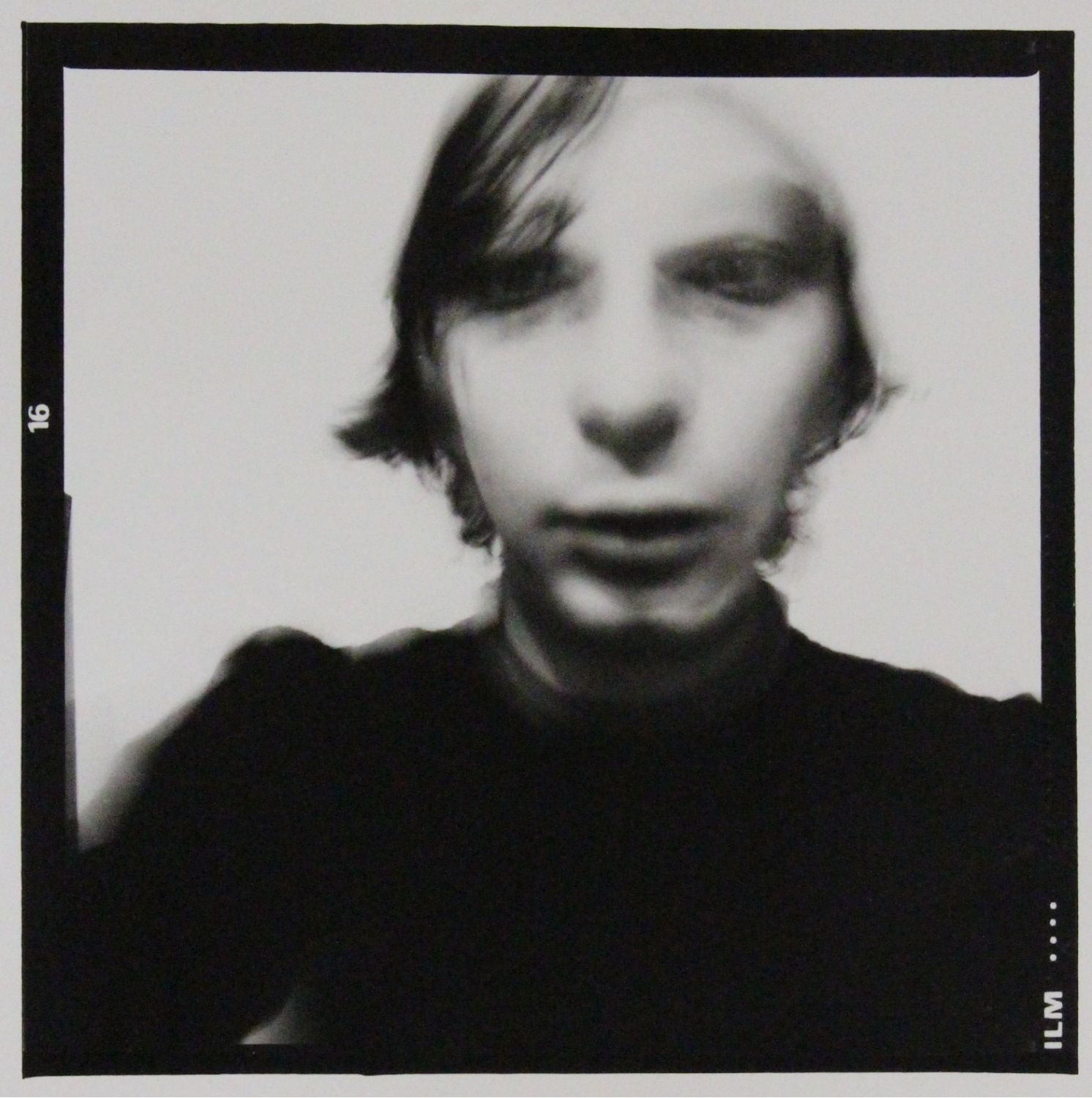 Marc Trivier was born in Belgium in 1960. He began by photographing his relatives. When he was only twenty, he decided to photograph the influential artists and thinkers of the 1980s and then met Genet, Warhol, Foucault, Van Velde, Dubuffet, Sarraute, Beckett ... At the same time, he became interested in margins of society, what men do not want to see. He photographs lunatics and slaughterhouses. By the end of the 1980s his work was unanimously recognized and he received the prestigious Young Photographer Award from the International Center of Photography in 1988 as well as the Prix Photographie Ouverte (Charleroi). After the Palais de Tokyo in Paris and the Musée de l'Elysée in Lausanne, the Casino in Luxembourg, the European House of Photography in Paris devotes a major retrospective to him in 2011.

Despite an early international success, this famous Belgian photographer, one of the most secret contemporary artists, preferred to limit his production to preserve the coherence of his work. Marc Trivier does not draw new copies of his old portraits, the printing paper he used is also no longer marketed. The artist "makes his own prints on Ilford baryta paper, dedicating several days of work to each one, with a particular concentration to make the whites, in contrast with blacks of a rare density. A draw by Marc Trivier is unlike any other. When he agrees to expose them, he suspends them in stainless steel frames of his manufacture, giving free rein to the life of the paper. (Xavier-Gilles, "Marc Trivier and the Tragedy of Light" in Le Monde Libertaire, 2011). This "life of the paper" participates in the work in the same way as the various alterations that the photographs undergo when they are exposed: "In the boxes, the prints curl, but that does not matter: the photographer likes this kind of accident . (Claire Guillot, "The face to face without escape of the photographer Marc Trivier", Le Monde, 2011). Marc Trivier has a particular sensitivity for the material aspect of his productions. While photography is in essence a multiple, this intervention of the artist throughout the creative process gives an autographic aura to these prints.

Marc Trivier approaches all these subjects with a look as precise as intense.

"In its cosmogony, every thing, every being, vegetable, animal or human, deserves the same respect. For all are confronted with the same law of brass: loneliness. (Luc Desbenoit)

The beauty that emanates from his photos comes from this nudity. There is no editing or cropping. We find in his work the same square format underlined by the square of the negative that Trivier leaves on his prints. This frame traps our eyes in photographs where the makeup of the color is rejected for an incisive black and white. Since all artificiality has disappeared, we are not dealing with the staging of a subject but with a presence exacerbated by the radiant and singular light, witness of a moment of life and not of pose. It is this light, linked to the photographic medium, that unites Marc Trivier's series:

"The photographs of Marc Trivier write a tragedy of the light, this one welcoming beings - men, trees or animals - only by burning them, before disappearing. (Xavier-Gilles in The Libertarian World).

It is also she, delivered from all artifices, who gives to her works the aura that makes them so present. This "burning" of light brings us back to a real moment, to the "it was" by Barthes (La Chambre Claire, 1980):

"Of thirty-five years of photographic practice, of obsessions, it is perhaps that which remains: a singular mode of recording of the burning of light, declined from one image to another, in a succession propositions that are similar and yet each is as singular as the fraction of time to which it refers. (Marc Trivier)

"Photography says only one thing:" It was. We fix only what has been. If there is a tragedy, she is there. »(Marc Trivier)

The photographs of the great personalities of his time that Marc Trivier realizes do not seek to show the public image of these artists. Face shots, with a look directed towards the objective, they show us an image of intimacy:

"(...) instead of being a portraitist of writers and artists among many others, he is marginalized by his device: under the pretext of adjustments, he makes his models wait, he makes them ask several minutes what gives them a weary look. He may be waiting for a more natural behavior. And we find ourselves facing Francis Bacon in precarious balance, Samuel Beckett, Jean Dubuffet or Michel Foucault more or less packed in their chair. Intimate images. (Sylvie Rousselle-Tellier, "An image of fatigue at Marc Trivier", Marges 2004).

Photographed in their personal universe, most of the time their room, the subjects surrender themselves, no longer master their image. The imbalance that results reveals the fragility of these strong personalities, and allows Trivier to restore the unity of the intimate body and the public work.

"I read Genet; for me Genet, it was letters on a book. And then one day I saw his portrait, it was like a fracture. How was it possible that these signs are also someone? To make a portrait is to tie up the name and the face . (Marc Trivier)

More than a portrait, each photo is the testimony of an exchange between the subject and the artist, a moment of real life. The presence of the photographer is sensitive in each of the portraits realized by Trivier:

"What interested me was not just taking pictures of a body or a face, but that particular situation that is someone taking a picture of someone else. (Marc Trivier)

The photographs of the lunatics Trivier made during the same period were deliberately mixed with those of the artists during the Paris retrospective of 2011. Far from an attempt to oppose madness and genius, this setting was instead the opportunity a questioning of our gaze on these two phantasmatic poles of the human person.
While the photographs of doctors like those of Charcot in the nineteenth century emphasize the illness of patients and have them pose so as to make visible their symptoms, those that Trivier takes do not seek to make the madman a mere witness to a pathology, or even an "other", someone who would be characterized by his difference. As with his series on artists, Marc Trivier comes out of the system of pose that is an artifice to reach the humanity of his subjects. These men have a powerful look and a strong presence that contradicts their anonymity.
Like the artists, whose mystery they seem to share, the "fools" question our own presence. 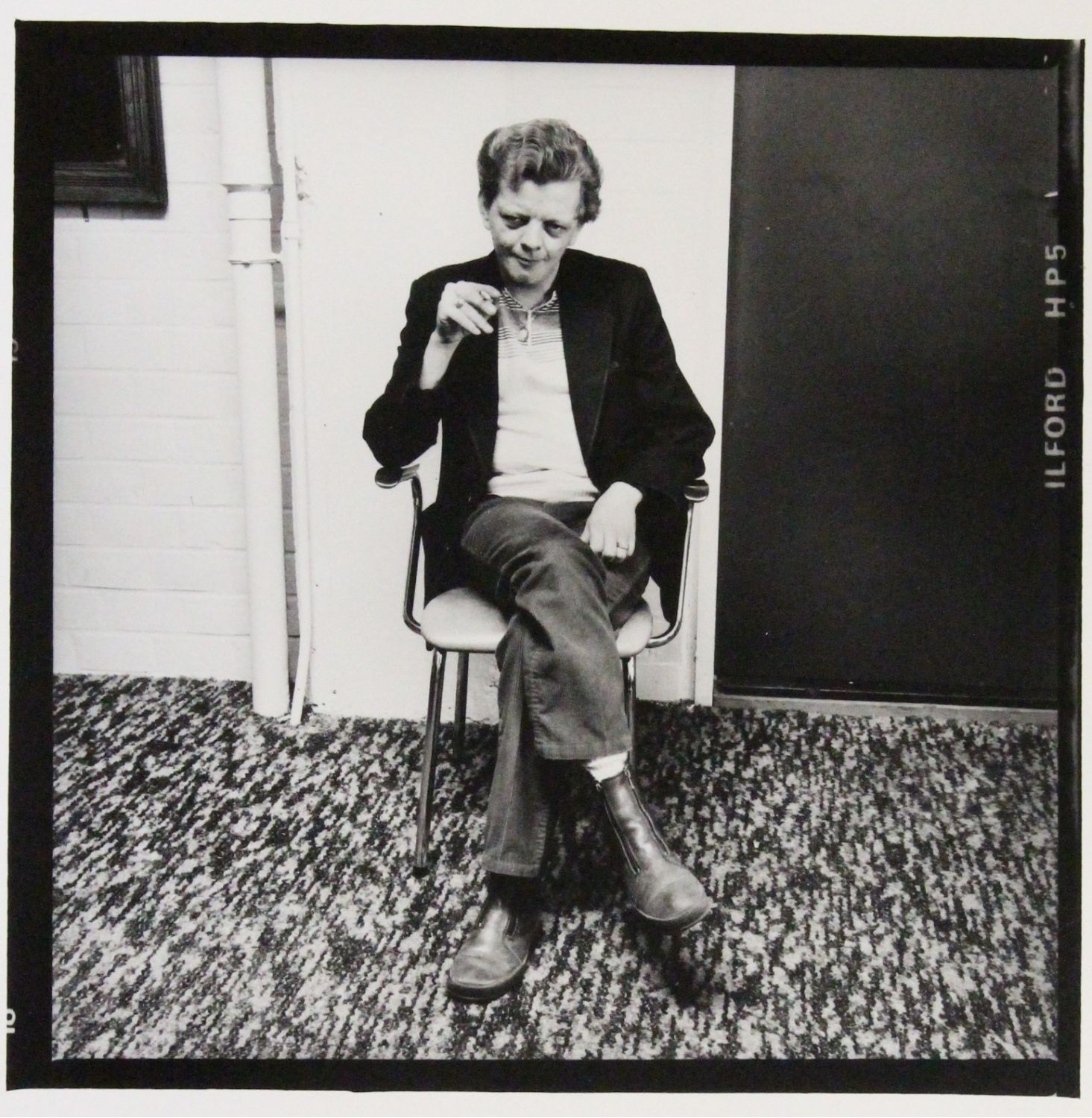 The slaughterhouse series may seem remote from Trivier's other works. However, like the lunatics, slaughterhouses are part of these shameful images of a marginality that we do not want to see. It is a place rejected out of the city, far from the eyes, far from the men. There are almost no men in these photographs.
Unlike the movie Franju, The Blood of Animals, in 1949, Trivier is not interested in the gesture of work in slaughterhouses. He captures them empty, peopled with corpses or blind animals before being led to death. The photographer is inspired by Bacon's painting, which he photographed in 1981, and his report to the body. We find all the pity of the English painter for meat and animals in the Trivier series.

"I have always been very touched by the images of slaughterhouses and meat, and for me they are closely linked to everything that is the Crucifixion ... It's safe, we're meat, we're carcasses in power. If I go to a butcher's shop, I always find it surprising not to be there, instead of the animal ... "(Francis Bacon in Francis Bacon, logic of sensation, by Gilles Deleuze).

His pictures show us the beasts in martyrs like Marsyas or Saint Peter. Trivier unveils the tragedy of the dispossessed body of presence, photographing blind animals, dead, dismembered and emptied of their entrails as black and white changes into marble. But it is always the man who is reflected in these portraits of flesh without souls, a man who, through the silver mirror of Marc Trivier, projects in this blind flesh, and for a moment passes the tiny space of the gaze that separates them.

"The cows regularly photographed by Marc Trivier at the Anderlecht slaughterhouse show the same essence as his human faces." (Henri Van Lier "The photonic stamp, Robert Frank and Marc Trivier", in the notebooks of the photograph 1992) 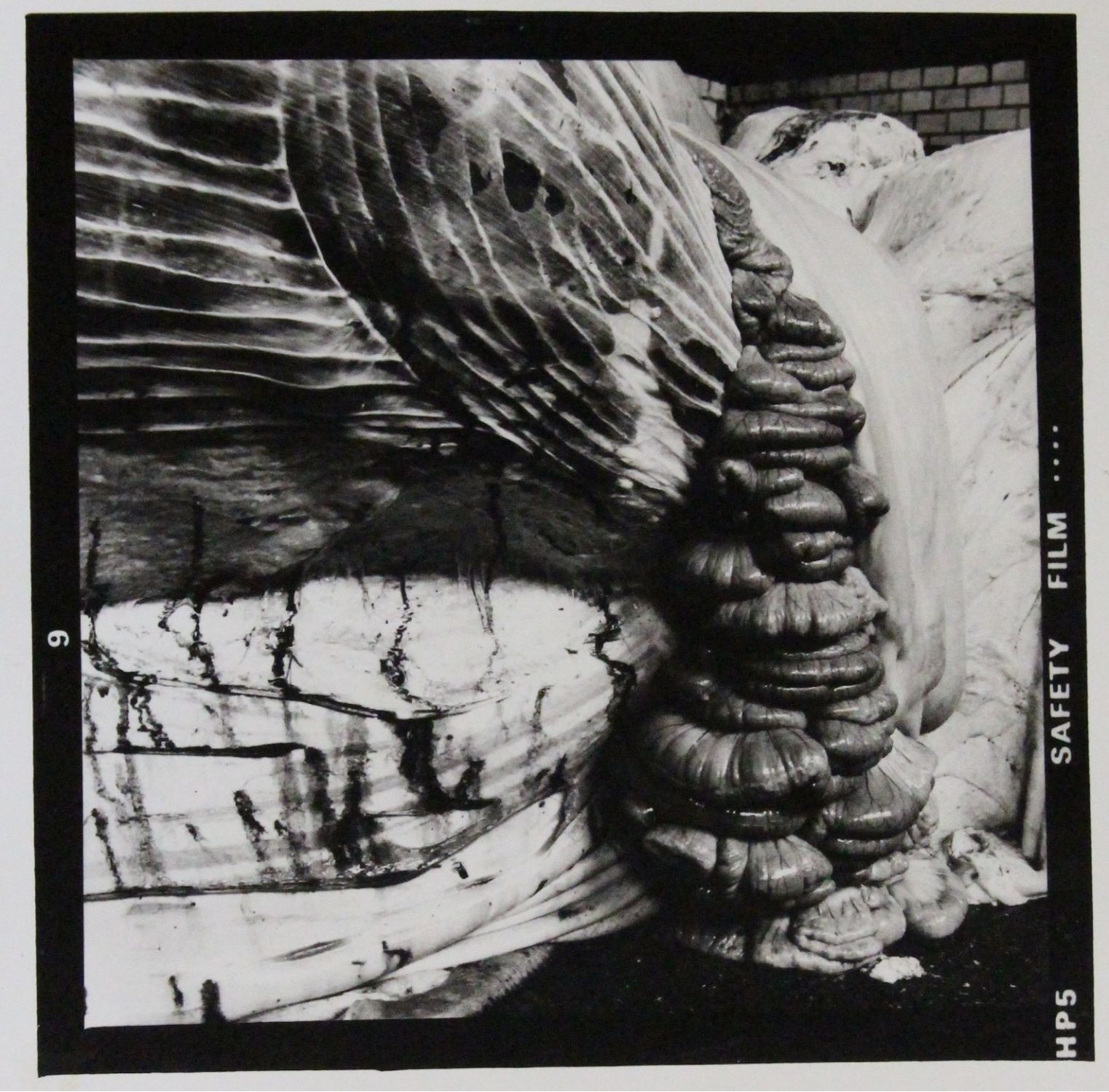 Marc Trivier's photographs are rare, so much so that Xavier Gilles describes their gathering at the European House of Photography for the 2011 retrospective as "miracle". He was able to unify the public figures with an illuminating light and an invisible world that he reveals to everyone, he plunges these two spheres into the same "tragedy of light" (Xavier Gilles).

See all the exhibitions of Marc Trivier