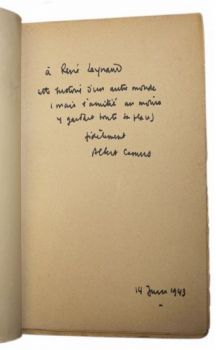 I found this really showing the soul of Albert Camus. Thank you. Is it possible to receive the text in French?